It is one of the largest Spanish book providers in the United States. They are based in Miami.

Click on the image below to see the bestsellers 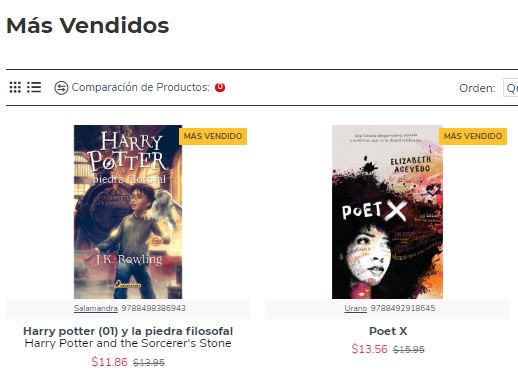