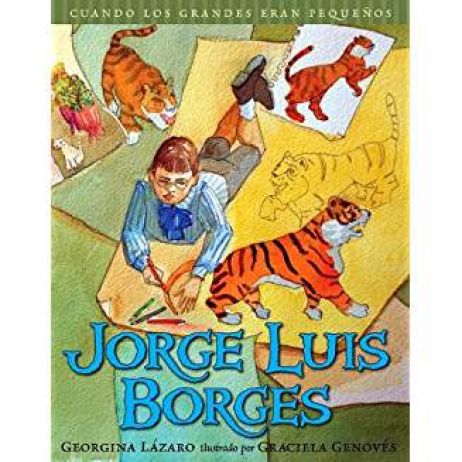 An ingenious use of color and rich text depict the exciting world Borges, considered one of Latin America’s best writers, created for himself as a child. Not allowed to run around like other boys his age, he used his vivid imagination to transport himself to far-off, magical places. Selected as commended title for the 2010 Américas Award for Children and Young Adult Literature.