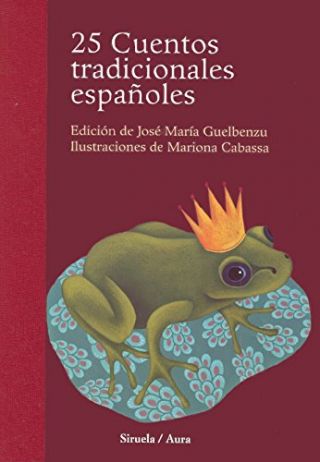 This anthology of traditional stories from Spain, which includes, among others, The Enchanted Princess, in which a knight becomes a lion, an ant, an eagle and a greyhound in order to discover the secret of the giant who’s holding the princess captive, The Little Sugar House, in which two brothers begin to lick the sugary abode, and The Wolf Who Believes the Moon is Cheese, whose main character is a hungry wolf who, tricked by a fox, goes down a well to get a cheese which in reality is the moon’s reflection…