Libros del Asteroide is an independent publisher founded in Barcelona in 2005 by Luis Solano. They have published more than two hundred titles and received several awards, among which the National Award for the Best Cultural Publishing Work was granted by the Ministry of Culture in 2008.

Click on the image to view the new titles 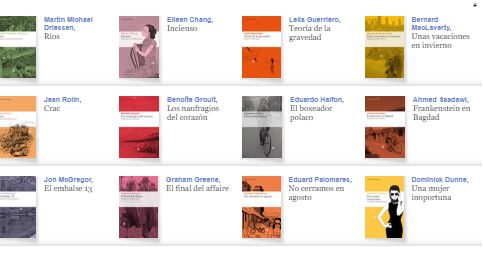