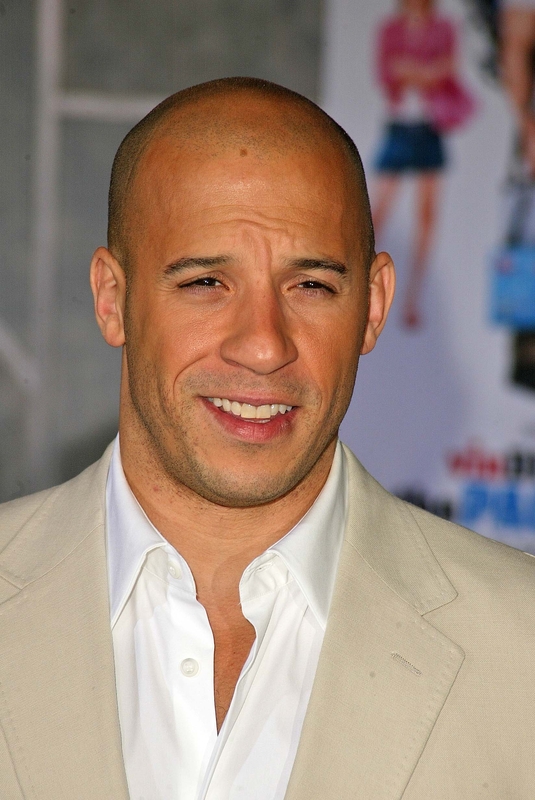 Vin Diesel, the actor and producer behind the mega success Fast and Furious had a few minutes to talk to us about his last chapter in the franchise; Furious 7.  The movie is the highest-grossing so far this year, and explosion-filled, car-centric installment in the Fast and Furious franchise.

The series' stunts have gotten progressively more spectacular — from fairly straightforward street racing to cars dragging a bank vault through the streets, to a tank bulldozing through a freeway full of vehicles, and now — in Furious 7 — cars dropping from a plane 10,000 feet in the air. In Los Angeles we had the opportunity to interview Vin Diesel great admirer of the Spanish Culture. 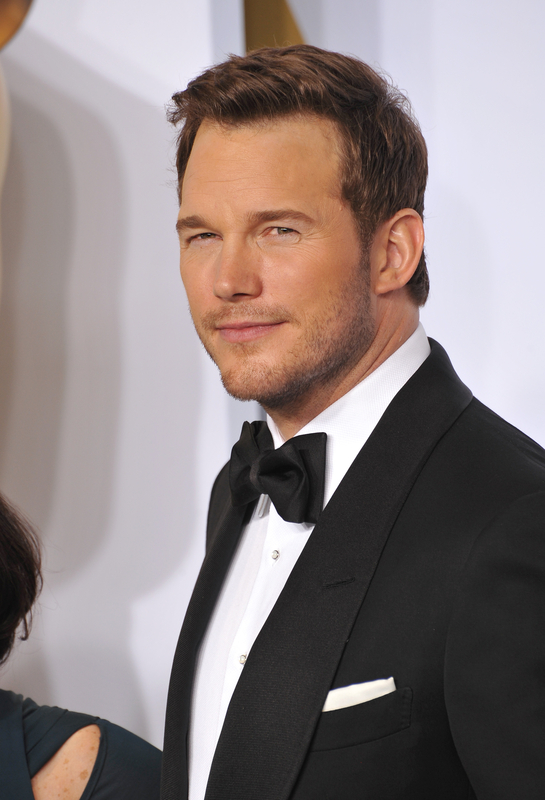 The star of the moment comes to talk to us about his new status in Hollywood and his passion for Spanish food. It’s Jurassic June and this month the world gets flooded by dinosaurs thanks to the movie Jurassic World. Chris Pratt is the lead actor in this sequel of the beloved dinosaur franchise to wrangle any prehistoric monster in case things go wrong. Pratt shared his excitement to be part of Spielberg’s legacy, working with new director Colin Trevorrow and actress Bryce Dallas Howard, the preparation that went into becoming the raptor trainer Owen Grady. And if that is not enough remember that soon he can become the next Indiana Jones 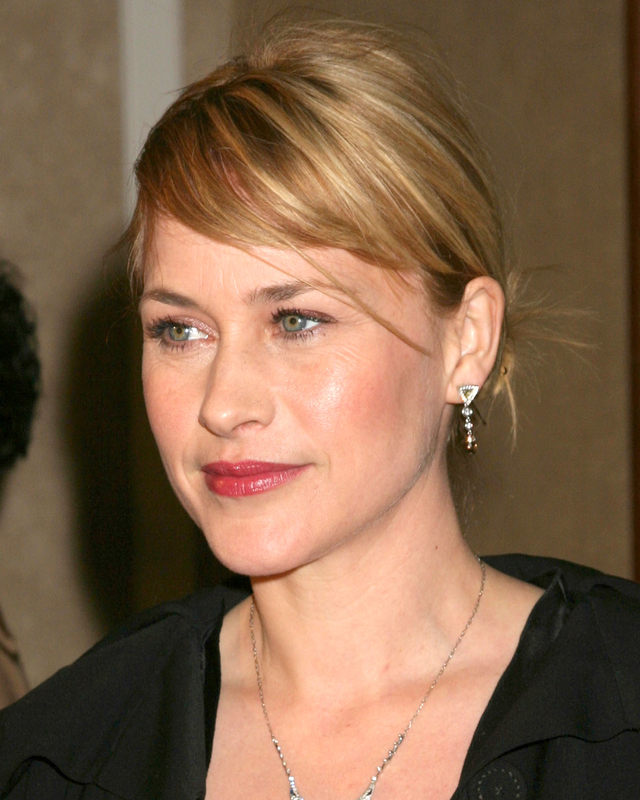 Having a dream come true this year Patricia Arquette makes history on TV as the fist female lead on the popular franchise CSI. Arquette takes the role of special agent Avery Ryan en the spinoff CSI: Cyber.  CSI: Cyber is truly the Patricia Arquette show. The first CSI to be led by a woman, this latest incarnation is very 2015 while not trying any sort of genre or franchise overreach in what has obviously been a successful endeavor for CBS over most of the past 15 years. The actress, who won last month her first Oscar for Boyhood, talked to us about her career, her choices and her family. 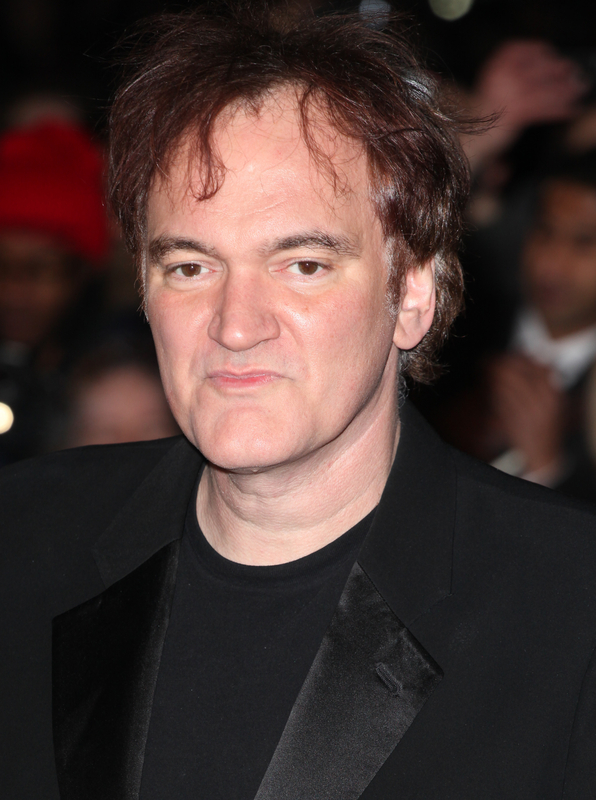 The road to success leads to the place of wisdom, and there is for a few decades now lives Quentin Tarantino. His movies are a declaration of violence, blood, comedy, dialogue, style and history, usually a encyclopedic range of references to other movies. A hero who instead of going to film school learned what he knows working as a clerk in a video store. With his passion intact Quentin Tarantino keep working as hard as ever 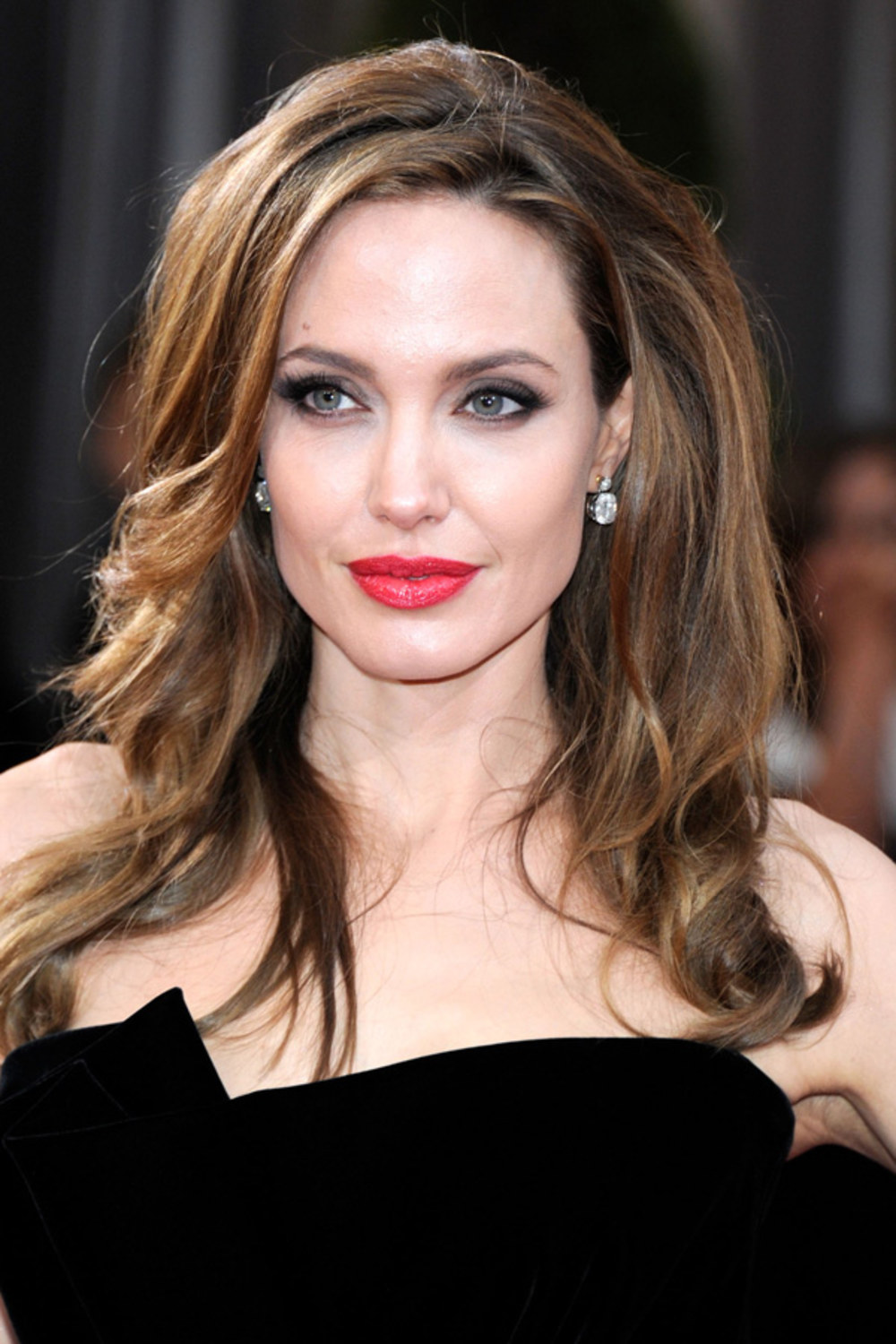 Academy Award actress Angelina Jolie talks about a mesmerizing experience directing "Unbroken: A World War II Story of Survival, Resilience, and Redemption", and meeting the hero who inspired this book which turned into a blockbuster movie.

The actress Angelina Jolie who confessed to us that she doesn’t speak much Spanish, few words here and there, is fluent in French and collects first editions books. Last Christmas the actress presented her second feature as director, Unbroken, the gripping survival tale depicting the life of World War II hero and former Olympic distance runner Louis Zamperini. It turned out that while she was pondering her next project, Zamperini, now 97, was living right in Jolie's Los Angeles neighborhood. From his patio, he could actually see Jolie's home. Jolie and Zamperini became good friends as she explained in the interview. Zamperini's life is as full of gripping drama as any film. A member of the 1936 Olympic track team competing in Berlin, he ran his final lap so fast that Adolf Hitler insisted on a personal meeting. During World War II, his bomber crashed into the Pacific Ocean and he survived 47 days in shark-infested waters before reaching land. He was then held as a prisoner of war by the Japanese and brutally treated. He survived the war and went on to become an inspirational Christian speaker, even forgiving and meeting with many of the guards who tortured him. When "Seabiscuit" author Laura Hillenbrand wrote his biography in 2010, "Unbroken" became a New York Times bestseller. 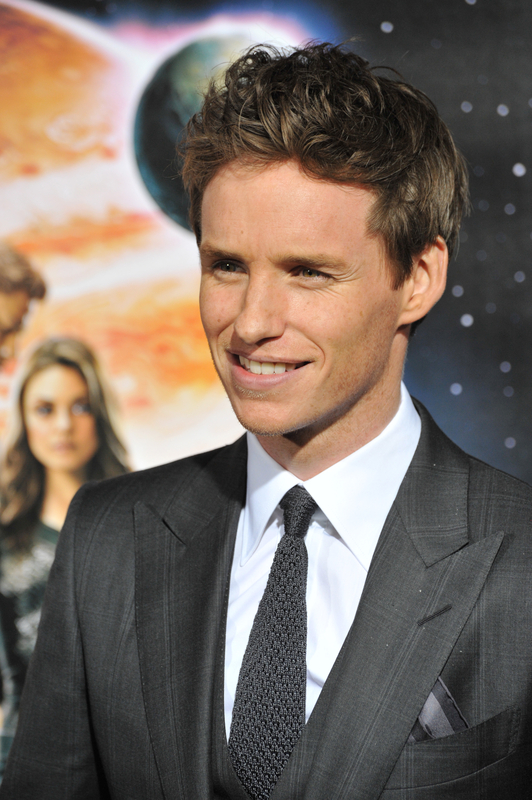 Eddie Redmayne is a very well read English actor and Oscar winner for his amazing interpretation in the movie The Theory of Everything. He plays Stephen Hawking, the brilliant physicist who was afflicted with Lou Gehrig’s disease in his 20s, was given two years to live, became a husband and father, and is now 72. Redmayne, 33, who in recent years has starred in films as diverse as Les Miserables and My Week with Marilyn, both movies based on books that he read. We spoke with Redmayne in New York about his role in The Theory of Everything and his passion for reading. 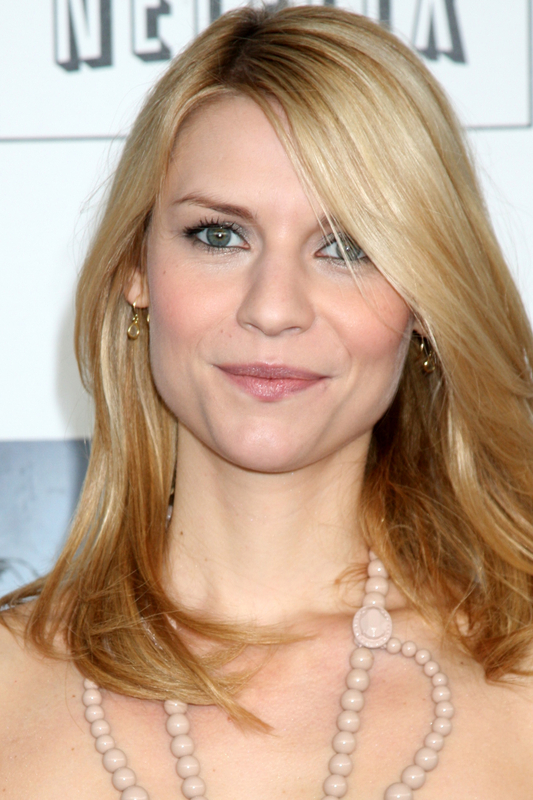 When we last checked in on Claire Danes’s brilliant, bipolar agent Carrie Mathison in the T.V. series Homeland, she was watching in despair as her on-off lover Nicholas Brody (Damian Lewis) was hanged in front of a jeering mob in a square in Tehran. As Mathison, pregnant with her lover’s child, this new season promises to come back to the origins of the show , when it was one of the best on television. We had the opportunity to talk with Claire Danes a great actress who is fluent in French and English and, as she confesses, also knows some bits of Spanish. 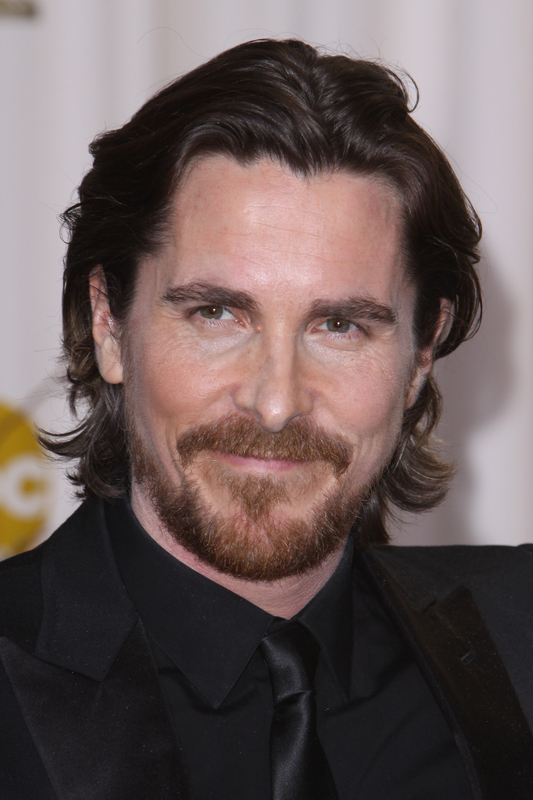 Christian Bale was parting the Red Sea as Moses in the Canary Islands, while at work filming Ridley’s Scott film Exodus. In a recent interview in Los Angeles, Bale said that audiences can expect a far cry from what Charlton Heston and Cecil B. DeMille delivered 60 years ago. As he explained, this is an intriguing piece, “because it's very few people that I've met that have actually read the Torah, the Pentateuch, the five books of Moses, all the way through,” Bale said. In a movie where violence is a protagonist, Bale said that Moses was not a man of any half measures whatsoever. 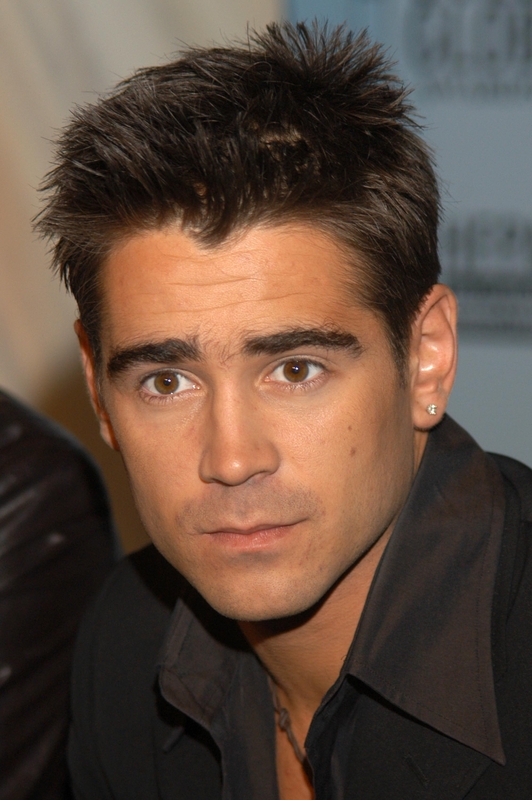 When Irish actor Colin Farrell, 37, first arrived in America 14 years ago, he earned the respect of such A-list directors as Steven Spielberg and Terrence Malick. But at the same time he got a reputation for drinking and being a playboy, and as he explains in this interview being a father of two has changed his perspective and has emerged as one of the finest actors working today. He was heartbreaking as P. L. Travers’ alcoholic father in Saving Mr. Banks, and in Winter’s Tale, a sweeping love story about a man traveling a hundred years into the future to fulfill his destiny. With his little Spanish, he confesses to travel frequently to Spain as he is in love with the city of Seville. 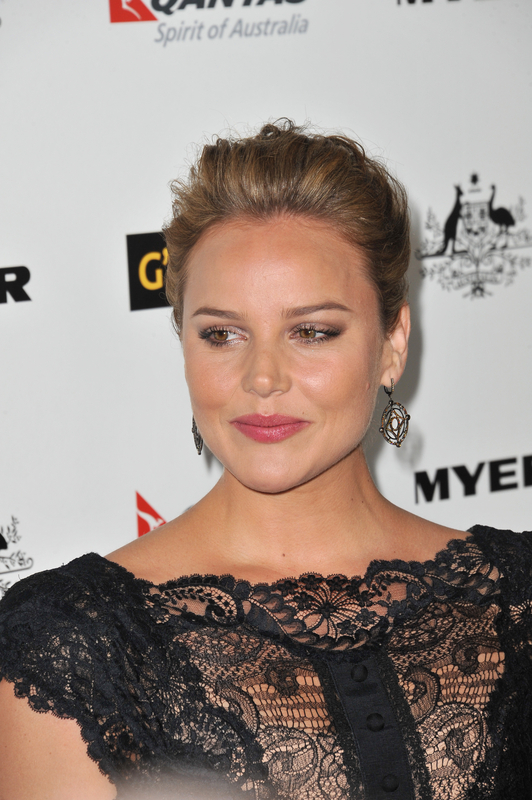 The Australian actress Abbie Cornish is releasing the indie drama The Girl, a movie that took her to Mexico for a few weeks. For Cornish, The Girl was a life changing experience and in our interview in the hotel Four Seasons we talked about how she came to be a part of this film, how easy she found this character to relate to, learning to speak in fluent Spanish and to love the Mexican culture. She also talked about the remake of Robocop where she co-stars with Gary Oldman.